I'm sure a lot of you guys have heard about this already, but if you haven't...

I bring the unfortunate news that a fellow MKW player has died. The MKW player in question is Kiyori. Thanks to @Vinky for originally bringing it to our attention in the Skype chat. From the very little that I can understand, Kiyori was an avid rock climber. Apparently he was climbing rocks some day and there was an accident (I can only assume that means that the support failed), and he died from that. That's not official, but it's what I've pieced together from what I've got. Kiyori was French and a majority of his friends were French as well. So a lot of the tribute videos and information being relayed is in French. So keeping that in mind, it's kind of hard to understand the specifics, even if you plop some of the text into Google Translate. Here's the tribute video I've seen and was linked to, made by another MKW player named Mat:


The first half of the video is just an explaination/information in French. The second half are some tribute races, which @Aqua was actually in.

This is Kiyori's YouTube channel: https://m.youtube.com/channel/UCQYBtjc_jJRCUfW530LQvQ He has a few MKW videos, but most of are him rock climbing. All of his videos have anime thumbnails for some reason, but they aren't anime. They're of him rock climbing.

Now I never knew Kiyori, but I had played him on MKW quite a few times. These things just really hit home and give you a reality check (especially in this community where stuff like this doesn't happen a lot) that the person you're talking to today might not be there to talk to tomorrow. It's important to be grateful for every relationship and live every minute to the fullest!
Last edited: Aug 7, 2016
Reactions: SwtSkitty, Jason and $$_Rich_$$
$

I never played with him, if I remember right, but this is sad news. 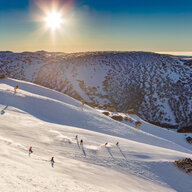 Extremely sorry to hear this for Kiyori and his family.

We are the children no one wants

Best wishes to the people close to him, and rest in peace, fellow racer, for we will see you back on the track again in a different realm.