Do you think there should be a Mushroom Peaks remake? 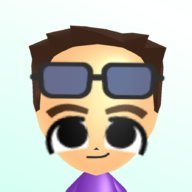 Well, I think most of it should stay original, but they should fix the mushroom sections.

I think it should change a little with these features:

Better textures. I'm too good at it for it to be easier, then it wouldn't serve a purpose if it was easy.
Reactions: Lewis
A

I think peaks, kartwood creek, and incendia castle need to be remade. They all look ugly and they would be better if they looked and maybe played better. And no more weird hitboxes and easier mushroom peaks sections

Don’t think Bean would actually do all that though.

Azula said:
I've seen quite a few comments lately about people talking about how there should be a Mushroom Peaks remake. It's probably the oldest Custrom Track out there with no redesign since its original release. So I think that's the culprit reason as to why people think that there should be a redesign. Personally, I don't think it should be redesigned or anything like that. Mushroom Peaks is the epitome of Custom Tracks. It's really what started it all. And in terms of anything classic, it's just something that shouldn't be touched. Besides, Custom Tracks that have been redesigned over the years were redesigned because they were too short, too long, there were spots that were too glitchy, or because the author personally wanted to. Mushroom Peaks doesn't really have any of that if you ask me. I mean sure, it's long, but nothing unbearable. Mushroom Peaks is the track that feels most like a normal track to me (in terms of glitches/spazziness). It seems very stable to me. What do you guys think about a possible redesign of Mushroom Peaks? I don't think Bean ever officially commented on this topic, but I've seen a lot of fans discussing it.
Click to expand...

I personally think it should get a redesign because after so many years, ppl are still having problems with it. I don't think the whole track should get an overhaul but giving it some tweeks to make it more playable but still keeping that classic old-school CT charm would be greatly appreciated by MANY many ppl.

The thing is, changing textures wouldn't make it feel the same. Changing the layout would seem as if it was a new track.
W

But you can keep the feeling of a track but still making it more playable, even on Mushroom Peaks
You must log in or register to reply here.
Share:
Reddit Pinterest Tumblr WhatsApp Email Link
Top Bottom