As some of you might notice... We have a new forum banner! It looks really great. @Realm made it, and then @Rachy edited it a bit. The problem that we were facing for a while (Active Forum Members would know this since we had a vote and discussion about it) is that while the banner looked great, the original was a little too dark for the light styles. I mean surely, it's understood that it was originally dark since we have the word 'dark' in our clan name. However, we still wanted it to look good on both light and dark styles, regardless of that fact. So Rachel was able to edit it for us, and you will now see it on all the styles that originally had a banner. The styles that don't have a banner still don't have a banner (because it's not really possible or difficult on those styles, hence the reasoning as to why there was never one in the first place). So thank you to both Rachel and Realm and if you guys like it or have any problems/concerns with the new banner, we welcome your feedback.
Reactions: Rachy

Good job @Rachy and @Realm!
I like the new banner.
Reactions: Zachy and Rachy

Don't wanna be your monkey wrench

should have been pink smh

Don't wanna switch away from the dark theme... meh.
OP

Can try Dark Metro. That's a dark style that has a banner (which now has the new banner)!

In other news, I'm glad to see (at least from status updates by others) that the general consensus thus far is that the banner is great!
$

Azula said:
Can try Dark Metro. That's a dark style that has a banner (which now has the new banner)!
Click to expand...

Nah it's fine. I fell in love with this Waluigi Stadium one
Reactions: Zachy 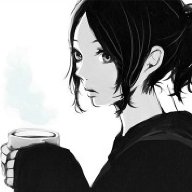 Thank you to Rachel!