Purpose of DLC and isn't it boring? (2 viewers)

So first off, this isn't meant to be a flame thread or a troll thread or anything like that. I'm just genuinely curious...

What is DLC's purpose? The obvious answer for a lot of people is to add in more elements (elements being tracks, characters, etc, etc, etc...) or maybe even fix glitches and bugs where possible along the way. Great. However, let's say they release a DLC with a bunch of new characters and tracks and it's super exciting! YAY! So, you download it (let's say it's free). It turns out to be great with a bunch of cool tracks and characters... but after a week, or maybe even a month-- doesn't it just get boring? Great, I have all these tracks that I can use, but after a month... meh, I'm not so interested anymore. Then you go back to Wiimmfi with Mario Kart Wii or whatever else you play. But wait! There's another DLC coming in 6 months. Make sure to get that. Basically I just feel like DLC is just to reel people in from Mario Kart Wii/Wiimmfi and that's its only purpose in my opinion. What do you think?

P.S: before people start flaming me because I don't have the game, these are my opinions which I am entitled to. I don't know what everyone thinks or what is "normal"; that's the purpose of this thread. 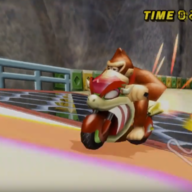 At least Nintendo is trying to make Mario Kart 8 even more funnier and better for a short time with the DLCs.
T

To me, the DLCs are great! It makes the game better and I don't get bored of it! Although MKWii, the game has always been the same, so I got bored of it lately

Tim157 said:
To me, the DLCs are great! It makes the game better and I don't get bored of it! Although MKWii, the game has always been the same, so I got bored of it lately
Click to expand...

I don't think the DLC is that boring. In my opinion, it's just the characters that just bore me. I like the vehicles and the tracks because, they give more of a feel. But, Nintendo might have wanted to make the game stand out to people around the world and receive positive reviews and feedback. Then, of course, make more money due to releasing these DLC packs. If there was a time I got bored 'cause of the DLC, yes, I might play MKWii but, I can play other games like Smash or Mario 3D World. This might appeal to others if they want to do so. Also, and don't try to get or prove me wrong, Ninty is trying to make MK8 "the big stand-out" (similar to what I said above) than any other Mario Kart game including Mario Kart Wii. I honestly can say nothing more. I might be wrong if you respond back to this. 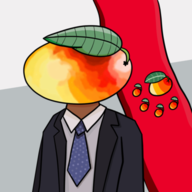 I know this thread is 5 years old, but coming back to the game all these years later just to give it another shot I think its pretty safe to say that the DLC was just some dumb cash grab attempt that added content that should have been in the game originally. 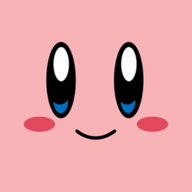 They lowkey should've had the DLC be part of MK8DX so that people wouldn't be so dissapointed in the fact that there are no new tracks (outside of battle mode.)

I think the better decision would have been to actually make a new mk game
Reactions: Victor Arcos

It was fun for some time, then got boring