Hey guys,
as you know, the E3 livestreams just showed off some new Nintendo titles.

Sure, there were also other great titles (someone could make a thread about the other ones

), but here, our main focus is all about
Super Smash Bros. Ultimate!

Today, some new informations were shown about the fifth Smash title.
Beside the new characters, there's also every single character from the older titles available.
Of course, most of them are unlockables (maybe a few of them as DLCs) and you begin with the roster of the first game (N64).
This game is also playable with the GameCube controllers and with the new Amiibos!

Super Smash Bros. Ultimate will be released on the 7th December 2018 (rip, 4 days before my bday), what's your opinion about the new Smash? Do you like the new and huge roster? Already hyped?
Write it down below!
P

I'm so happy to be still alive, witness this announcement and purchasing it in December! (Good thing, Dec 7th is a Friday.)

Also:
01) The fact that ALL previous smash characters are available in this one game is amazing, no more worries of ''is this character gonna be cut'' because NOPE! all we can now think about is new characters they will introduce in the upcoming months and potentially DLC.

02) GCN SUPPORT! THANK YOU FOR KEEPING THIS AFTER ALL THESE YEARS DD

I honestly can't wait, for sure I'll be giving this game alot of focus.

I cant describe my words. I have seen so many reactions of other smashers to that direct. It just tears me up, its the game that everyone wanted pretty much. Every single character is here, and the fact that new fighters will be revealed over these months just makes me hyped. i really hope every single character has a alternative outfit. Overall, the nostalgia was to real and i cant wait till fucking december. Fuck pokemon lets go, this is the shit im hyped for

All I have to say is: Jigglypuff better be good. I will not take another 4 years of getting destroyed by S-Tiers. 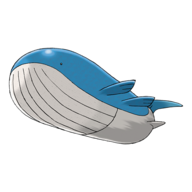 This game looks really, really great. I haven't owned a smash game since melee, and this one gets me excited. The fact that they're including every single character from past smash games, new ones, and another character they've yet to announce really allows for there to be a lot of diversity in each match. The graphics looks amazing, which is no surprise. And the stages themselves have a great design. This game has built so much hype over the past few months and it's definitely delivered. Can't wait to play this with friends when it releases.

Really liked that huge SSBU roster, that’s awesome to see many fighters returning from Brawl, Melee and more. Looking forward to play this game on December!

I will be trying to take this to the competitive side and make some extra cash!
OP

4 days until SSBU releases, the hype is still there.
Although there's already a leaked ISO of Ultimate out there (heavy spoilers ofc, pls don't grab it) and Mexico apparently has released SSBU earlier, we are still successful to block spoilers so we can enjoy that game by 210%. ^^

So, tell me: What will be the first mode which you want to try out? The new story mode or a good old round? Or anything else? Feel free to share with us your opinions!

Thread topic has changed to a General Discussion:
The game finally has been released!
Now you can ask here everything about SSBU and its game modes and features.

Please make sure to use the Spoiler feature for upcoming Spoilers, to avoid ruining everyone's fun, we have seen so many spoilers at the social networks last week, so please respect that.

I'll be on my way to get it within 7 hours or so, I preordered already let's say I can't wait to try it out
Reactions: Dokan

I want to get a switch

Are there any known glitches?
Z

I've been playing it for a while, didn't want to sleep either, it's hella fun :3

Been unlocking chars and search for my new possible main yesterday.
Ganondorf totally not nerfed, kappa. I scored a 9.8 with him on Classic, lmao

I'm getting this game soon. Hyped for this game.

What I have unlocked so far